Those who’ve known me the longest and those who know me the best sometimes express surprise or amusement when I am described as shy or introverted. I don’t blame them for being befuddled really. When I was a little girl, everyone was a potential friend, and I wasn’t afraid to go up to strangers and talk a mile-a-minute in their ear, occasionally with a foreign accent. My mom, I think, is still mortified by the memory of mini me singing and dancing in public, loudly and without shame. I later sang solos and in harmony with choirs and bands on stage, starred in musicals and was often called upon to speak in front of sizeable groups, whether at church or in school. While nerves sometimes caused my legs or voice to shake, I usually felt comfortable singing or sharing my words in front of a crowd.

With adolescence came self-consciousness and fear of sounding unpolished or un-cool. True, that didn’t entirely stop me from speaking up in class when I felt confident, from commanding a stage or even from traveling overseas with strangers. However, as I grew older there were times when I was hesitant to strike out on my own in an unfamiliar environment, and I instead clung to those with whom I felt most comfortable.

Still, I chose to go to college 3,000 miles away from almost everyone who knew me best. Suddenly becoming a very small fish in a very big ocean of people intimidated me more than a little bit. I grew less confident of my place in the world and less sure that people wanted to hear what I had to say.

As an adult, the onset of chronic illness narrowed my audience even further to my family and the closest of friends. I was usually physically confined to my home (and forced to spend the majority of many years at least partially reclined in a bed, chair or couch), so my interpersonal interactions with others most often took place over the phone or on the Internet. I grew very comfortable expressing myself with the written word. Whether I was reporting the news, baring my soul in online journals and magazines, or first getting to know new people via Internet sites and social media, I began to depend on writing as my primary vehicle of expression. 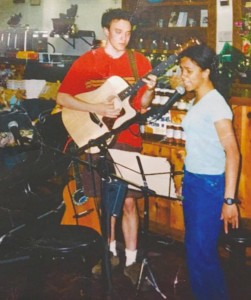 The biggest exceptions were when I was teaching young people or when I was singing in front of an audience. Children appreciated what I had to teach best when I could also express my playful side, luckily for me. I also felt very comfortable sharing the subjects about which I was most passionate and that I knew the best.

And when it came to performing music, whom did I know better than myself? It’s not surprising then that singing and playing my original songs in front of others began to feel more and more natural to me. It also didn’t hurt that I usually had a close friend or romantic partner in the audience supporting and cheering me on. Performing in the same venues week after week, I also grew comfortable enough to consider the other musicians good acquaintances, if not friends.

But then I developed the neurological movement disorder dystonia, and I was forced to step away from both teaching and playing music. Not only could I not stand for very long without falling, extended conversations exhausted the jaw and neck muscles, causing stutters, voice breaks and storms of odd-looking muscle contractions. Emotional excitement—whether negative or positive—often caused my muscles to freeze up or, alternately, become exceedingly jumpy. As result, I was forced to rely on other people for help moving around or getting things done. And, at times, the only way my needs could most adequately be expressed was when others literally spoke for me.

As I grew increasingly unsteady physically standing on my own two feet, I also grew emotionally hesitant speaking out loud. It also didn’t help that I had spent years in relationships with “playfully” hypercritical people. Being surrounded by extroverts who fed off the positive attention and energy they received from others—especially when they could dominate the conversation—I had grown very comfortable in my role as the observer, listening when an ear was needed or desired, hearing the unspoken words people felt were better left unvoiced, and studying people’s body language. I learned to hold my tongue about things that might stir uncomfortable emotions or cause explosive reactions. I learned to speak only in the extended gaps of silence. I learned to mute my own need to fully voice what I thought and felt. 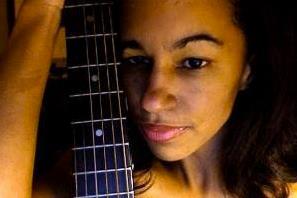 It breaks my heart to write and read this about myself, but it is true. Against my very nature, I’d grown to second-guess my own voice and to refrain from sharing the parts of my story that were too difficult or uncomfortable. Yet one thing I know for sure about physical and emotional healing is the necessity of releasing the areas of tension, stagnation and repression in the body, mind and spirit. And one of the simplest, yet most challenging, ways to do this is to give voice to your whole, authentic self. Yet what could I do to help myself release the feelings and thoughts still trapped inside?