Modern research is constantly revealing more about the amazing world of the human microbiome and its implications on health. The microbiome is the community of “good” and “bad” tiny microorganisms that live in our skin and mucus membranes—including the gut and mouth. While many of these microbes are innocuous, some may be harmful to our health, and others we depend on to protect us from disease.

Rob Knight is a world leader in the study of the microbial life. He and other scientists have joined forces in researching diverse microbial communities found in our bodies and in environments around the world. Knight especially is inspired to explore how changes in the microbiome might affect environmental and human health and how microbiota can help prevent the extinction of species and solve disease.

In a recently published TedTalk, Knight discusses in-depth how microbes affect both human health and our behavior. While I encourage you to watch the entire 17-minute talk (shown at the end of this piece), I wanted to quickly share from his talk: 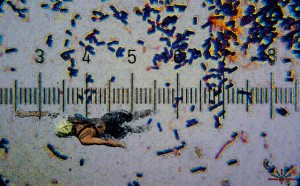 1. Our microbes have a powerful impact on our physiology. Knight erroneously estimated that we harbor as many as 100 trillion microbial cells to 10 trillion human cells. However, more recently studies suggest that the human body is comprised of 39 trillion microbes and 30 trillion human cells. According to The Atlantic, as our gut bacteria still contain a greater variety of chemicals and significantly more genes than our own cells do, microbes have an incredibly powerful impact on our physiology.

2. Our microbes make us more different from one another than our DNA. Knight says that, while we’re 99.9 percent identical to other people in terms of human DNA, we might only share 10 percent similarity with our fellow human beings in terms of our gut microbes. Each of us has about 20,000 human genes, but as many as 2-20 million microbial genes.

3. Microbes in one part of the body are significantly different from microbes in other regions of the body. A few feet of difference in the human body has more of an impact on your microbial biology than hundreds of miles on earth, Knight says.

4. Microbes determine how medications and mosquitoes affect you. Which microbes you have in your gut determine whether particular painkillers are toxic to your liver and whether other drugs will work for your heart condition. Microbes on your skin determine which chemicals are produced that either attract or repel mosquitoes to bite.

5. Our lives depend on microbes. They help:

…and they may be affecting our behavior! 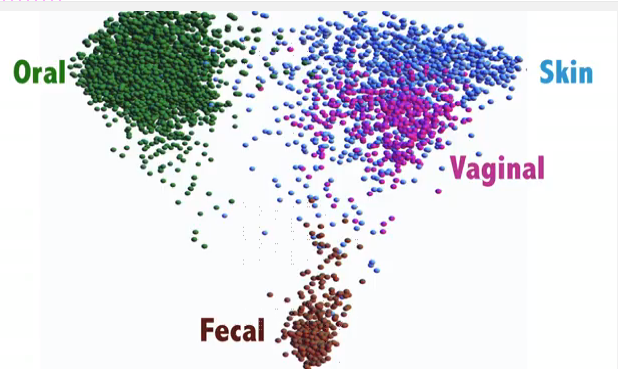 6. Our first microbial communities depend largely on how we’re born. Babies that are delivered through the birth canal have microbes similar to the vaginal community, while babies delivered by C-section have microbes that look like those of the skin. It turns out that natural birth may provide protective microbes that are critical to our health. This might help to explain why children born by Caesarean birth are more prone to have asthma, allergies and obesity—all conditions that have now been linked to microbes.

7. Antibiotics have a significant impact on the health of one’s microbiota. While antibiotics may successfully help us to fight off certain bacteria, they may also be degrading our gut microbial ecosystems, aka gut flora. Knight also reports how the use of antibiotics increases the risk of obesity, stating, “If you give children antibiotics in the first six months of life, they are more likely to become obese later on than if they don’t get any antibiotics then, or only get them later.”

Antibiotics also have the potential to kill beneficial bacteria, allowing antibiotic-resistance bacteria to flourish, like the potential fatal GI infection, C-Diff, as reported Wednesday in NPR. The good news is there are several ways to recover gut health and help promote good gut flora! 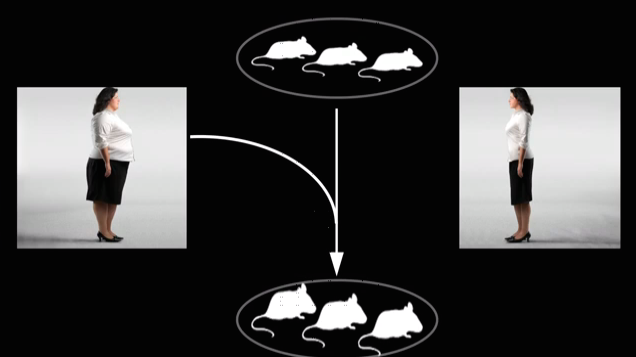 8. Microbes may affect mammalian behavior and mental health. Numerous studies are showing a link between gut bacteria and mental health. New research from Oxford University suggests that boosting health bacteria in the gastrointestinal tract through prebiotics might alleviate anxiety. Other studies support the idea that prebiotics, along with probiotics , might have significantly positive impacts on mental conditions. Read here to learn about natural sources of probiotics and prebiotics.

Other research shows an association between gut bacteria and overeating. Knight reports on studies of mice where “genetically normal” mice get fatter after being transplanted with microbes from obese mice (and obese humans); one reason for this is that some mice begin to eat more than a normal mouse and will eat as much as they want unless they are prevented from overeating.

Microbes have been recently linked to a variety of diseases including:

In mice, microbes have been linked to all kinds of additional conditions including: 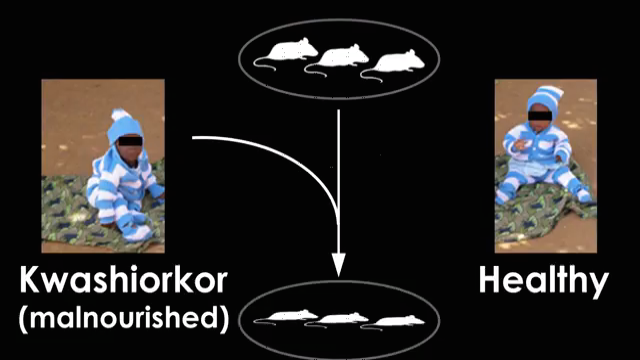 10. Microbes might cure disease! Microbes not only help us determine where stand in terms of our health, but studies are showing that microbes can actually cure disease. Transplanting stool from healthy people into unhealthy people can cure C-diff, a condition where one has diarrhea up to 20 times daily, resulting in immediate, lasting radical changes in the gut community to restore health. Mice studies also demonstrate that transplanting healthy microbes into a system can help cure malnutrition.

“This suggests that we can pilot therapies by trying them out in a whole bunch of different mice with individual people’s gut communities and perhaps tailor these therapies all the way down to the individual level,” Knight says.

Dr Knight is a leading scientist of the American Gut Project, which collects, catalogs and cross-references microbes to help make comparisons and predictions about human health. Data collected from American Gut can help determine how diet and lifestyle shape YOUR gut microbiome. Learn more about Knight and the American Gut project by clicking here. 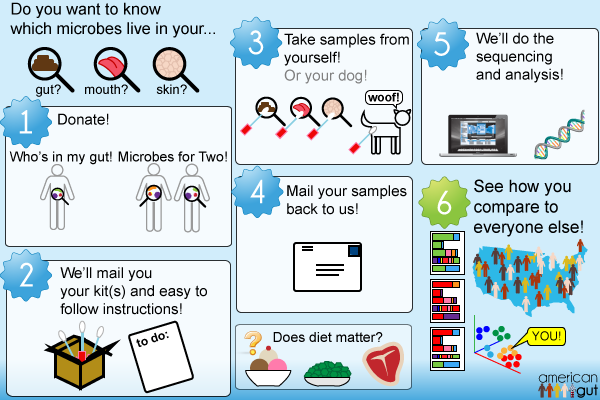