Through generations of Southern cooking and tobacco use, my extended family has a strong history of high blood pressure (or hypertension), stroke and heart attack. When I was a young child, I remember both the familiar and pungent scent of pipe smoke from my maternal grandfather and the heartbreaking toll that multiple strokes had on his body. Sadly, I was just a first grader when he passed away from heart-related causes. It’s not surprising then that a heart-healthy lifestyle has been so important to me for much of my life, and it helps to explain why I begged my parents to change their eating and exercise habits when they both exhibited high blood pressure a few years ago. 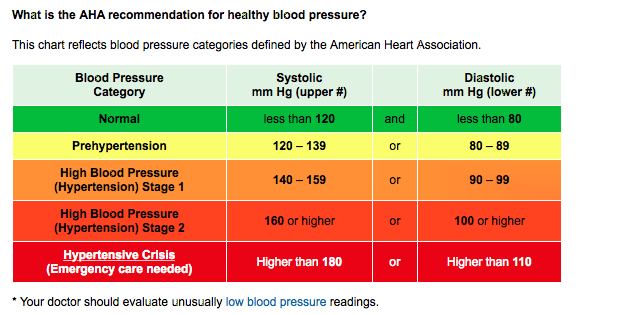 Hypertension occurs when arteries, which carry oxygenated blood away from the heart, become overstretched and damaged due to the force of blood pushing against the arterial walls too strongly over time. This can lead to weakness and ruptures in blood vessels, causing strokes and aneurysms. Trapped blood can narrow, even block, the arteries, causing clots to form. These clots can block vessels and blood supply throughout the body, leading to heart attacks or strokes. Cholesterol and plaque build-up in scarred and damaged arteries can limit blood flow, forcing the heart to pump harder to deliver blood to the rest of the body. Without freshly oxygenated blood, tissue and organ damage can occur. Also if cholesterol and plaque build up in the damaged arteries, blocking the vessels or breaking off to move to other areas of the body, heart attacks and strokes happen. The overworked heart can also become damaged, leading to heart failure.

People can have high blood pressure for years without realizing it. Called the “silent killer,” hypertension is largely asymptomatic until there is damage to the arteries or organs. When blood pressure rises to dangerously high levels, symptoms begin to arise, including severe headaches, shortness of breath, nosebleeds and severe anxiety. If you have a blood pressure reading of 180/110 or higher, you may be in a state of hypertensive urgency and should see a doctor. If you are also having symptoms, such as chest or back pain, shortness of breath, change in vision or numbness, seek immediate emergency medical care as you may be in a hypertensive emergency where your blood pressure is so high that it is damaging organs.

According to the AHA, more than 78 million adults have been diagnosed with hypertension in the United States. Risk factors include a family history of hypertension, nutrient deficiency (sadly, very common with S.A.D, the Standard American Diet), being physically inactive, being overweight or obese, and regular, heavy alcohol use. Several other lifestyle behaviors are associated with high blood pressure, including smoking, stress and sleep apnea. African-Americans are also reportedly more at risk for hypertension, but I suspect that’s more related to culture than anything else.

What gives the most hope for treating hypertension is that the most risk factors for high blood pressure are related to lifestyle behavior. By making positive changes in your lifestyle, such as eating a more nutrient-dense diet (eating real, whole foods and reducing processed food products), exercising regularly, healthfully managing stress—such as through meditation and yoga not smoking and limiting alcohol if you drink. People with high blood pressure should exercise caution with certain types of physical activity and should consult their physician before embarking on a training regimen. For instance, there are numerous yoga poses that people with high blood pressure should avoid.

We are at all higher risk for developing hypertension and cardiovascular disease as blood vessels lose flexibility, arteries stiffen and plaque builds up as we age. Thus, systolic pressure is normally given more scrutiny in people over age 50. From age 65 and older, women are at higher risk for hypertension than men. A study by UC Davis also suggests that high blood pressure during one’s 30s might increase the risk of cognitive decline later in life due to increased risk of atrophy and brain injury. However, how a person has managed or eliminated risk factors for hypertension over the years plays a huge role.

A Western Michigan University School of Medicine study of almost 4 million ER visits between 2006 and 2011 revealed that the number of people heading to the emergency for high blood pressure has increased by 25 percent. In 2012, the Centers for Disease Control and Prevention (CDC) issued a report that 53.5 percent of those with hypertension in the U.S. do not adequately manage their high blood pressure, whether from lack of awareness or non-compliance with treatment, which may include taking hypertensive medications. Thus, the individual plays a critical role in managing, or preventing, this condition.

Monitoring and recording blood pressure at home is an excellent way to manage blood pressure and establish your baseline, as readings can fluctuate. Omron sent me a Home Blood Pressure Monitor so that I could measure my own blood pressure. I noticed significant fluctuations depending on the time of day I took my blood pressure, when I had exercised and even what I had been eating. 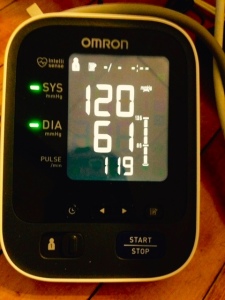 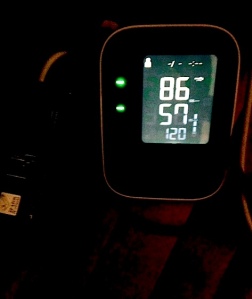 Even though I have normal blood pressure, I also noticed noticeably lower readings after doing yoga, especially restorative yoga. It’s not surprising that so many studies suggest that yoga—which features movement synchronized with breath, specific breathing and relaxation techniques, and meditation—lowers blood pressure.

It was fascinating to have this hard data because I have experienced symptoms of lightheadedness, dizziness, nausea and rapid, shallow breathing moving from certain positions to others. For instance, I occasionally experience severe shortness of breath getting into bed, moving from a standing to prone position. I also often feel lightheaded, dizzy and a mentally confused or unfocused when I stand after extended sitting or lying on the floor doing yoga, or if I do too many inverted (upside down) poses. These are common symptoms of orthostatic hypotension.

I have been particularly curious about this condition, as it is very common in people who have Chronic Fatigue Syndrome/M.E., endocrine problems and nervous system disorders, including Parkinson’s disease. As someone with the related movement disorder, dystonia, I have also often felt severely lightheaded or dizzy right before a dystonic episode.

In addition to orthostatic (postural) hypotension, a sudden drop in blood pressure may be a sign of severe infection, allergic reaction or uncontrolled bleeding. Certain medication may cause this as well. Consistent low blood pressure may be of concern in the presence of certain symptoms, such as dizziness or lightheadedness, syncope (fainting), rapid and shallow breathing, fatigue, blurred vision and cold, clammy, pale skin. Severely low blood pressure may be a sign of serious heart, neurological or endocrine disorders and may deprive the vital organs of oxygen and nutrients, leading to light-threatening, systemic shock.

To spread and support awareness of hypertension and the medical conditions it may lead to untreated or uncontrolled, I am sponsoring a blood pressure monitor giveaway by Omron. A special winner will receive an automatic, cuff-style, bicep (upper-arm) monitor. The digital readings are large and easy to read, and the monitor is simple to set up and start using immediately. The medical device also measures pulse, and it allows you to store up to 22 readings at a time for comparison.

To enter the giveaway, share with me the most surprising thing you’ve learned about high blood pressure or heart disease in the comments section below.

To enter the giveaway, share with me the most surprising thing you’ve learned about high blood pressure or heart disease.