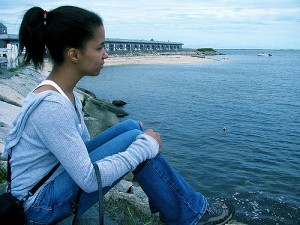 Through much of my adult years (and much of life, in truth), I’ve spent far more time than I’d like looking back on the past and wondering ‘what if’? That really didn’t change until the last few years when I finally learned how to breathe and stay in the moment with meditation–and when my romantic relationship solidified, gaining permanence. In retrospect, it truly is sad how much of the present I wasn’t able to fully appreciate because I was so distracted living in the past.

One of the things I’ve pondered most about the past was how my life might have been different if I had never gotten hit by a car while riding my bike across campus during the last quarter of my last year of college. Though it didn’t seem like such a big deal at the time, that single event–and how my body responded to it–permanently changed the trajectory of my life. Because of it, I became deeply intimate with chronic insomnia, pain, fatigue; experiencing an impressive depth of musculoskeletal, neurological and immunological dysfunction. Because of it, I had to tread through my last couple months of school; I had to leave jobs due to physically debilitating conditions; and I was forced to move back to my home state of Connecticut and live with my parents again for most of my adult years. Because of it, I am writing these words right now instead of sharing another story.

The Gifts of Chronic Illness 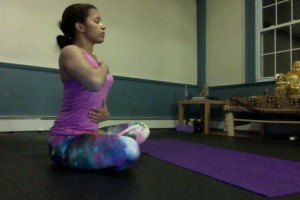 Coming Back to Center With Breath

It is a vast understatement to say that chronic illness has greatly impacted my life, yet I am extremely grateful for the opportunities I have found while carving out a new reality for myself. Because of it, I discovered my love for yoga and my groundedness in meditation. Because of it, I found my voice as a writer, trusting that I had the power and perspective to share my own story. Because of it, I’ve learned more empathy, developed greater resilience and rediscovered my own strength, wisdom and deepest passions.
While I wouldn’t trade any of those lessons and insights for anything in the world, sometimes I feel an old grief rise up that reminds me how life might have gone. Too often, I press that pain down for processing at some later point; instead of patiently excavating and exploring those feelings in the present, I leave them as a splinters for the future. I don’t want to keep doing that anymore. I feel like honestly exploring the what-might-have-beens might give me a better appreciation for where I have gone and where I am today, not in spite of, but because of, that transformative experience from more than 17 years ago.

Reflecting on The Road Not Taken

In an effort to get unstuck–as part of my creative, emotional and spiritual recovery–I set aside this time to explore the roads my life might have taken if not for the bike-car accident. If I hadn’t ever gotten into the car accident (or if I’d been able to better shake it off), I imagine that:

I likely would have kept my internship with Wired magazine and found a tiny place to share with a roommate closer to San Francisco. I had a few, good friends living in the city. I imagine it would have been a fun and challenging experience for a brief period. 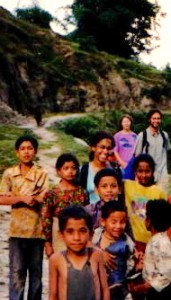 Afterward, I would have wound up working in media or for a nonprofit in Washington D.C. Or I might have gone overseas to teach English to kids in Korea or to business professionals in Japan. Those were job options I was offered anyway, but I couldn’t reasonably take them due to my health challenges and the jobs necessitating being so far away from my support system. Instead of going to Korea to teach, I later was fortunate enough to find an opportunity to tutor Korean high school students part-time from home in literature, history, art and writing. I continue to do so today.

I used to think the perhaps I’d one day join the Peace Corps. I saw it as a more complex and sophisticated, yet reasonable follow up to serving as a People To People Student Ambassador in high school. When filling out the application to become a volunteer, that dream was shattered when I realized how much a handicap pre-existing (and persisting) health conditions were. Besides, I never pursued languages as far as I wanted to in college, and I’m not sure what skills I would have been able to offer them right out of school.

However, if I didn’t enter the Peace Corps, I might have stayed on an extra year for a master’s in elementary education. If so, I would have wound up teaching for a couple years in the state of California, as I think that was one of the requirements to quality for significant financial assistance. Maybe then I would have felt more confident and assured to join the Peace Corps as a teacher. Even without my master’s, I went onto teach remedial reading to bilingual elementary school students, Spanish for a k-12th grade homeschool, and substitute teach for a myriad of grades and subjects before dystonia finally fully took me out of the classroom.

After which, I wouldn’t have been offered the opportunity to launch my hometown site for Patch–serving as its first editor and primary reporter–if I hadn’t been living at home. And if dystonia hadn’t relapsed, forcing me to work again from home, it’s doubtful that I would have then taken on launching, editing and writing for HamletHub for the town my now-husband and I moved to when we first started living together. I wouldn’t have come to know the two towns so complexly or its people so intimately. What a gift it is to see the town in which you were raised from an adult’s perspective and learn to love it in a way you never quite able to as a child! 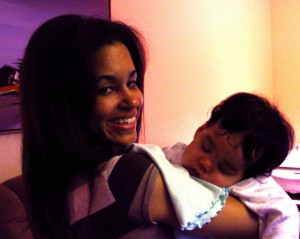 It is highly likely that I would have at least one child of my own by now. The desire for one didn’t begin to wane until my 30s when I started really wondering whether I’d achieve enough of a health recovery to be a fully present, energetic and able mother and whether a permanent relationship with a partner who would be actively involved in raising kids was in store for me. I’ll be 40 in six months, and while I have made great leaps forward in my health, prospective parenthood hasn’t really been a topic of focus in our marriage. Right now, the chances of my ever becoming a traditional mother seem rather slim, but who knows what the future will bring? I would have been a pretty phenomenal mother, but I like to think I’m a good aunt for my amazing nieces and nephews.

Speaking of mothers, I undoubtedly would still be a mama’s girl. She helped me survive my years at college from afar just as she became my literal lifeline when I moved back home. So I have little doubt I would have wound up back in Connecticut again eventually, probably when I started thinking about raising a family. Although, without me living at home, it’s very possible that they would have followed their dream to move back down south. In that case, I would have eventually moved to Virginia or North Carolina, too, as I always used to believe I’d wind up settling down in that part of the country anyway.

With all this movement away from the West Coast, it’s inevitable that I would have broken up with my college sweetheart. If we hadn’t broken up, and I hadn’t been living back home, I wouldn’t have ever re-met the man with whom I shared the big relationship of my 20s. I would never have gotten to experience road-tripping across the country as an adult and living in Las Vegas. Also thanks to him, I became a fabulous, feline mom to my bengal babies.

If not for the post-accident physical hurdles, I probably would have gotten married at a significantly younger age than 38. Or I might not have gotten married at all. My old dear friend and I used to sometimes envision ourselves living independent, artistic and exciting lives, traveling often, and moving from one romance to the next. If I’d gone to study and live in Europe for a while, it’s likely I would have fallen into that life while writing my novels and novellas. Though I’m not sure how long my heart would have had the mettle for that tempestuous way of life. No matter, I am sooo very grateful I had all the romantic experiences–both good and bad–that prepared me for the wonderful husband and married life I have now. 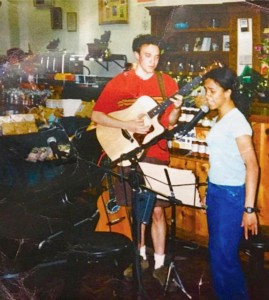 Speaking of writing, I really do believe I would have completed my first novel by now. I have written more than 200 pages into a young adult novel over the years, as it is. I likely would have continued writing and submitting my short stories to literary magazines.

I absolutely would have continued pursuing my music. I’ve been singing since I left the womb and writing my own songs since I was six, so those pursuits wouldn’t likely disappear. I was in a band and recording music before the accident. Even afterward, my bandmate and I managed to finish recording an album. And after my surgery, during many years with highly debilitating chronic fatigue and pain, I still found my way back to writing my own songs and performing them on a regular basis at open mics. I didn’t have my first solo show until after I developed the neurological movement disorder dystonia, so who knows how far I might have gone with complete health and my full energy?

Considering the fact that I still managed to get even more educated–in fiction writing, public health, positive psychology, nutritional therapy, health coaching, fitness training, yoga and more–even with limited mobility, I would have certainly gone on to get a graduate degree, whether in education, as I mentioned before, or in English Lit. There’s also a big chance that I would have gone back for that degree in Spanish, as I’ve studied that the most over the years. One wonders if I still would have eventually wound pursued my interest in health, in some capacity, as I researched and wrote about women’s health during my senior year of college and was drawn to nursing as a child.

Revamping My Perspective on the Path Not Taken 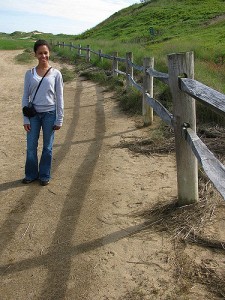 However, there is no doubt at all that my health adventures and independent studies have informed, inspired and expanded my scope and skill as a writer, forging me into the modest wordsmith I am today. Any writer worth his or her ink can tell you that you have to fully live life to write about it, and I certainly have lived several lifetimes already. I’ve definitely been inspired by the hundreds of real-life characters I’ve met over the years, who’ve taught me infinitely about human nature, who’ve demonstrated to me both the complexities and subtleties of relationships and relating well with others, and who’ve aimed the headlight on the dark spots in my own personality that have needed illumination, maturity and growth.

So, while I might not necessarily have chosen all of the challenges I’ve experienced on my hard detour, I wouldn’t trade anything for the wisdom and perspective that it has given me. You see, for all the twists and turns my life has taken, for all the obstacles I’ve had to overcome, and for all the lessons I’ve had to learn the hard and painful way, I’ve really had a rather wonderful life so far. And I truly look forward to seeing where the next bend in the road takes me.