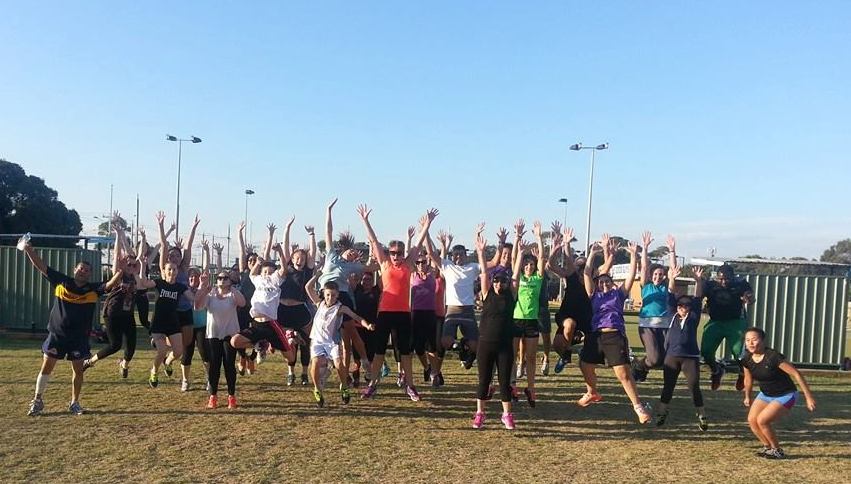 Folks across the globe are “getting air” to bring attention to the little-known movement disorder called dystonia. The Jump For Dystonia campaign is a social-media driven movement to bring attention to this painful, often disabling condition that affects an estimated 300,000 people across the United States and more than 500,000 people across Europe.

Dystonia Europe, a nonprofit organization that serves the needs of people living with the movement disorder, launched the Jump For Dystonia campaign in Paris in 2014. Participants are encouraged to take photos of their jumping and upload them to social media, “in order to raise awareness of dystonia to speed up diagnosis, combat stigma and encourage more research,” said Monika Benson, executive director of Dystonia Europe.

Dystonia is a neurological condition that causes repetitive, abnormal movements or postures due to uncontrollable muscle contractions. Dystonia can affect just one part of the body, like the hand or neck, or it can involve multiple areas of the body. This movement disorder can affect one’s ability to walk, talk, swallow and even see and breathe.

Benson originally came up with the idea for the dystonia campaign while on vacation, “jumping for fun and for life” with her daughter. “Since I also have dystonia, jumping is something I never thought I would do again at the time of diagnosis… but now, it works,” she said.

Jumping is an activity I also found hard to imagine doing again when I first came down with full-blown symptoms of dystonia. I lost control of my lower body, causing me to fall when I walked or tried to stand in the shower. A former competitive athlete who sprinted and leaped substantial heights and distances for sport, I grew increasingly frustrated after months of being bed-bound and often confined to a wheelchair when I traveled. After discovering a medication that helped manage symptoms, along with using yoga and nutrition for therapy, I found myself once again able to walk, tumble, swim and jump after a few years. Yet, there are others who are not so fortunate in their journey with the disabling disorder. 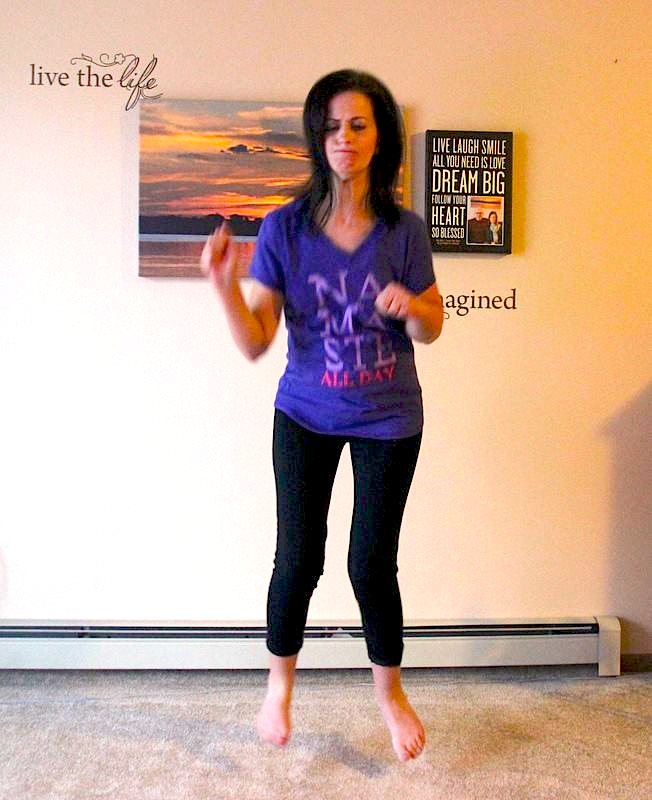 Joey Tehle, who has early-onset generalized dystonia, is one of the people jumping for others who can’t. Many with dystonia aren’t able to stand, much less jump.

“I posted my first picture I took of myself with a self-timer on my [Facebook] page. My camera went off super fast so I had to jump as fast as I could, and I’m sure my dystonia made it more challenging,” said Tehle of North Dakota. “I kept trying 80 or so times ‘til I got at least a few with air. I didn’t realize how hard it is to get my knees up! I kept trying ‘til I wore myself out. It was fun trying to get some air. A little air and an arm up just to help raise awareness.”

Benson stressed, “But the JUMP campaign is not only about jumping. If you cannot jump, you can raise your arms, smile or blink with your eye. Everybody should feel included.”

Tehle found that jumping wasn’t easy with her condition, but that hasn’t stopped her from participating in dozens of jumps for the campaign. “I got involved because I love jumping photos, and I thought this would be a great way to spread awareness,” she said. “By telling people about it, they usually are game to jump. Some need a little extra twisting of the arm. Everyone I have asked has thought this is for a great cause.”

The campaign has seen thousands of jumps from people living with dystonia, as well as from their loved ones, friends, neighbors, colleagues, healthcare providers and even pets. There has been support from local news anchors, state and local officials, college basketball teams and celebrities, including guitarist Lita Ford, who played for the band The Runaways with Joan Jett, and actress Dee Wallace, from the films E.T. and Cujo. Last November, British politician, Glenis Willmott, leader of the European Parliamentary Labour Party, even hosted a two-day Dystonia Europe JUMP for Dystonia event in the European Parliament in Strasbourg to help raise awareness and show support.

“So far, the campaign has gone around from Europe to the US and Australia, and I hope it will continue to spread,” said Benson.

Mike Delise, a tireless dystonia awareness advocate, initiated the campaign here in the United States. “The main reason I did was to show unity,” he said. “My feeling is we all need to come together for one cause and unite to make us stronger.”

Delise then made contact with Micheline Elasmer, founder of Connecting Dystonia Australia. “Mike encouraged me to get involved with a group of passionate people as part of the Jump for Dystonia Campaign,” she said. “Now, we are trying to spread it here in Australia.” 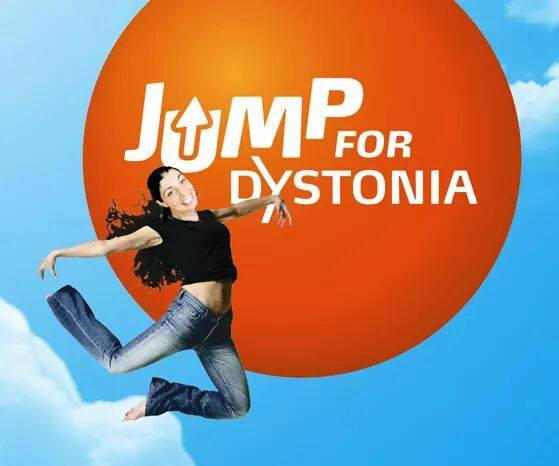 Elasmer was 9 when she first began exhibiting symptoms of dystonia, with a twisting neck, balance problems while walking, a stiff left arm and voice changes. It took 16 years of countless medical tests and scans and multiple misdiagnoses before Eisner was finally diagnosed with the rare disorder after a car accident. After years of feeling alone with her mysterious condition, Elasmer created the Facebook page called Connecting Dystonia Australia, which “now has become the first contact for many to get the support they need,” she said.

“Months in to the page I started chatting with a dystonia page in Germany. He said that there were definitely others in Australia and passed my details to Lee Pagan, who was the creator of the only Australian dystonia support group. It was so overwhelming that I cried for days knowing there were others,” Elasmer said. “Like me, it took them years to get diagnosed; one lady was diagnosed after 40 years. Hearing their stories is what made me determined to create dystonia awareness.”

In 2014, Elasmer heard Dr. Florence Chang give a speech where she said primary dystonia affects 3 in 1000. An estimated 70,000 people in Australia have the neurological disorder. “We only have 273 members in the Australian Dystonia Support Group,” Elasmer said, “which means, there are tens of thousands in Australia that that may feel alone with their dystonia journey and don’t even know of the support that is available.”

After living most of her life with increasingly concerning symptoms and treatments that made her health worse, Australian Nikki Bell was just diagnosed with dystonia in the past six months. Bell is a struggling single mother of a 5-year-old son who is now unable to work due to the disorder; her mother lives with to help support her. However, time spent getting treatment at a rehab hospital helped brighten her perspective on living with dystonia.

“My light bulb moment was when I saw a soldier on the morning show who had is arm and leg blown off, and he was still working out with an amazing positive outlook on life. I was like, if he can do it, I can do it,” said Bell, who is now on the administrative team for Connecting Dystonia Australia. ”As soon as I was diagnosed I had an attitude of: This will not beat me; but it has chosen the best person to get the awareness out there.”

Elasmer, whose group raised $10,000 in funds for the Brain Foundation in Sydney in 2013, said, “If we can help someone get an early diagnoses, if we can get people to understand what dystonia is, if we can give people the support they need and deserve—then I feel that we’ve been involved in a positive change.”

Elasmer is currently raising funds through GoFundMe to help bring greater awareness to dystonia in Melbourne. You can donate here.

The Jump for Dystonia campaign has also joined forces with Dive For Dystonia, which was started by Linda Thompson, of Memphis, Tenn., to help raise awareness for this condition. The “strong and fearless” adventurer first noticed symptoms of dystonia in late 2011 and was diagnosed in March 2012.

“I have always been athletic, so when my dystonia symptoms began, it was very noticeable to me,” she said in an interview today.

“I wasn’t able to develop my career because of the fast pace,” said Thompson, who ran full-service restaurants in several states at the time. After the drastic appearance of symptoms, she was eventually diagnosed with dystonia at Wake Forest Baptist Hospital. She said she has seen doctors all over the mid-South ever since.

“My left side has been greatly affected, so I’ve adjusted my activities to accommodate. I jet ski almost daily, and all my controls are on the right side. I hike, often pushing myself more and more each time,” she said said. “The medicine I’m on now is taking some getting used to, but I do believe it helps.”

Thompson grew up with a father working in law enforcement who encouraged Thompson and her brothers to push themselves physically. “I have three older brothers that run marathons, 50k and 100k trail runs. They are quite motivating for me,” she said. “I decided to skydive when my anxiety from dystonia was just as crippling as the condition itself. I hoped it would help me overcome my newest fear of flying…it did!”

While her doctor has not yet approved her for solo skydiving, Thompson enjoys tandem diving for now. She organized the first Dive for Dystonia skydive to educate and increase awareness of movement disorders, like dystonia. It was held Feb. 28.

A Jump and Dive for Dystonia will be held this summer. “We will be trying to get people all over the world to do skydives, and we’ll have people come out and watch and do a Jump for Dystonia on the ground,” said Delise,  “We are going to be doing one in Michigan at Midwest Freefall near Romeo, Michigan sometime in June or July.”

Thompson said she has two main goals with Dive For Dystonia. “One is to get awareness out there. And two, don’t let dystonia stop you!” she said. 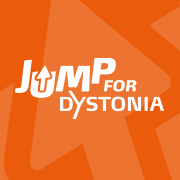 No matter where you are in the world, you can become part of the Jump For Dystonia campaign NOW by posting a picture of you jumping on Facebook, Twitter and Instagram, using the hashtags, #jumpfordystonia and #dytoniaawareness.

“Dystonia is the third most common movement disorder, yet most people have never even heard of it,” said Treacy Henry, a health activist with dystonia from Massachusetts. “The Jump for Dystonia campaign is a fun way to raise awareness and help spread the word about this debilitating disorder.”

You can learn more on the Jump For Dystonia Facebook page at www.facebook.com/jumpfordystonia.