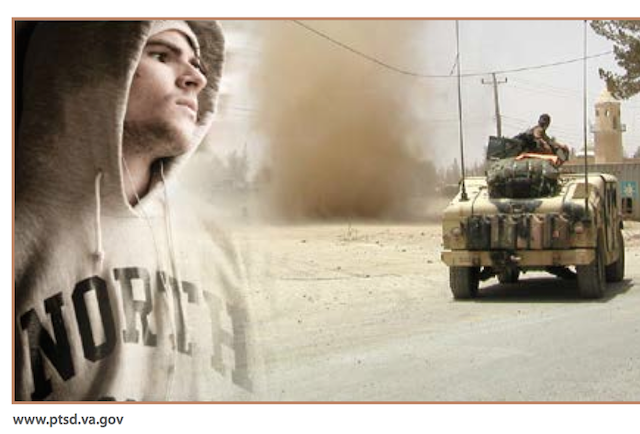 When veterans come home from war, it can be mentally and physically challenging for many to move beyond the traumatic experiences of combat. It is not uncommon for war veterans to return with chronic pain, traumatic brain injury, depression or post-traumatic stress disorder (PTSFD). To help heal war veterans of combat-related illness, energy healing practitioner Valerie Heath founded Heaven and Earth Oasis, a nonprofit, holistic healing treatment center in Los Angeles, Calif.

While working with military groups for 20 years, Heath witnessed the myriad of health issues veterans face. “I became aware that military veterans needed the most help to heal physically and emotionally,” she said.

At Heaven and Earth Oasis, Heath and healing partner, Chantal Benedict, now treat military personnel at no cost with non-invasive healing techniques. They use therapies like acupuncture, neurofeedback, meditative-based DNA theta healing and Reiki, “with remarkable results not attained by traditional medicine alone.” A growing body of scientific research demonstrates the healing potential of alternative and complementary medicine, like Reiki.

Reiki is now used in veteran’s hospitals for treating returning solders, particularly those with PTSD. It is estimated that 20 to 30 percent of more than 2.7 million American veterans of the wars in Iraq and Afghanistan return home with post-traumatic stress disorder. A U.S. Department of Veterans Affairs January 2015 analysis of veteran medical treatment found that approximately 51.5 percent of the 681,244 veterans who sought VA health care in 2014 were seen for PTSD.

After a traumatic event, some people continue to feel stress or fear even after they are no longer in danger. Stuck in the fight-or-flight response, people with PTSD may show signs of hyperarousal, whether they are keyed up and constantly on the alert or easily startled. They may be especially stressed or short-tempered. They often have difficulty concentrating and sleeping. They may find themselves reliving the trauma in flashbacks, bad dreams or fearful thoughts. As a result, people may avoid situations or people that remind them of the traumatic event. They may lose interest in activities they once enjoyed to avoid triggering bad memories. People with PTSD may also feel emotionally numb, on one extreme, or be depressed, anxious and experience feelings of guilt.

“Sometimes it’s hard to forget trauma, so that’s what needs to be addressed,” said Heath. Some veterans can seem calm and collected during treatment, “but then all of a sudden they get in traffic, and they lose it; they get ballistic,” she explained. “We have to reframe their mind so they know, ‘I am not in war anymore. I can choose how I want to react in this situation.’ We want them to relearn how to react with love and kindness instead of fear and anger.”

Using inquiry work, Heath helps veterans and other patients dealing with trauma learn how to retell the stories of their lives. “People often use stories to keep them in a stationary position. They may feel sorry for themselves and are not sure what to do,” she said, pointing out the difficulties many veterans have trying to find a job after returning from war. “But everyone has had a trauma in their life. Everyone has skeletons in their closet. Do you want to be in the present and moving forward in your life, or do you want to be stuck?”

Changing the Script on PTSD and Pain 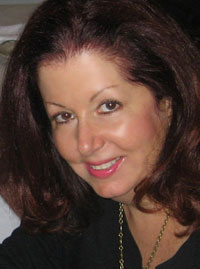 Self-limiting belief systems can also cause people to stay stuck in physical pain, Heath believes. Not being able to remember a time without pain, some may start to believe that pain will be a constant for the rest of their lives. “The stories in the mind are very important to shift the change. They are not true stories. I like to get at, where did that story come from?” she said.

Patients learn how to catch themselves in the stories they are creating about their lives by working work their mind in the present. “There has to be a conscious choice to be in the present, not living in the past,” she said.

“Ultimately it’s always the fear of dying [that keeps us from fully living in the present]; we can all trace it back there at some level. When you’re happy being here or not being here, miracles appear out of nowhere,” she said. “Fear of dying gets in the way of finding our purpose. Everybody has a purpose.”

She said most people don’t realize their purpose early on in life. In early adulthood, there is a focus on making a living or building a family. Heath likes to ask her “stuck” patients, “But what do you really feel in your heart, what is it you love to do? Purpose has to do with your heart. Really engaging the heart in your work, making it part of your work. If it doesn’t involve your heart, you can’t find your purpose.” 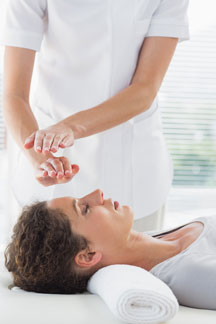 The center also uses the Crystal BioMat system, which uses infrared ray therapy, along with negative ion technology and the energy of amethyst crystals, to promote relaxation, as well as provide numerous other health benefits.

According to Heath, many veterans she treats are so anxious that they can’t lie down on healing tables. “The infrared biomat moves the energy in the body real quickly. Patients automatically feel relaxed, transformed and peaceful,” she said. “They learn to be relaxed and learn to be still.”

“Biomat moves energy so fast, so gas and bloat in the body also move very quickly,” she said. “A lot of military vets…don’t eat properly. We encourage them into a more conscious, organic lifestyle.”

The Crystal Biomat sessions can help stimulate healing, remove toxins and improve circulation, metabolism and immune system function. “Far infrared ways go directly into physical body and work on cellular level. It can actually shift cancer cells to the point where they die,” she said. “Infrared rays enter through the body illuminating cells, allowing them to recreate back to the beginning of time when they were healthy. It’s a phenomenal way to restructure the body, even to being younger.” 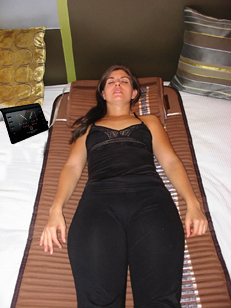 The Biomat is also available for purchase to patients with more serious illnesses. It can be used cold or with heat. “The cold mode would be used for someone with high blood pressure, who can’t tolerate the warmer temperatures. You can make the temperature higher and more powerful as you go along,” Heath explained.

“When combining [the Biomat] with Reiki…it allows me to command the body to heal and release,” said Heath, who has been a Reiki master since 2006. She also does remote healing for people around the globe. “I have clients on East Coast who call, saying they are stuck in bed and can’t move. After a session, they are usually are up within an hour.” Heath keeps healing focus on them for 24 hours and checks in the next day.

Both Heath and Benedict became full-time holistic practitioners after alternative treatment helped with their own health conditions. A Reiki master helped Heath recover from lung complications following surgery to remove a pituitary tumor. Benedict found both physical and spiritual healing in alternative health treatments after being diagnosed with mercury poisoning from leaking fillings in her teeth. 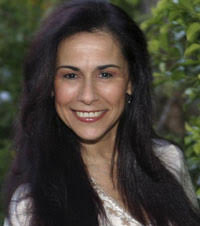 Benedict does quantum skeletal alignment on patients at Heaven and Earth Oasis. She uses the unique modality she developed to align muscles and bones with a light touch, employing the laws of quantum physics and subtle energy. Patients may notice corrected alignment in as little as one to four sessions.

“You’re moving energy with your hands, but not doing chiro adjustments that crack and crunch,” Heath described Benedict’s work. “That alignment kind of happens just naturally as she commands the muscles themselves to align and release. It’s amazing the work that Chantal does and how successful she is at doing that.”

Heaven and Earth Oasis has been in operation for three years. “Our goal is to get a large facility in Santa Monica and be able to help those that are much more disabled with water therapies and other facilities I feel would be good for them,” said Heath. She hopes to have animals on the grounds, including birds who “move energy beautifully and have loving energy can transfer to patients.”

Heath and Benedict are seeking funding to have the new facility up and operational by Spring 2015. A fundraiser will be held Oct. 17 at Beverly Hills Country Club, hopefully with Marianne Williamson as a speaker, Heath said. “We’ll be inviting veterans nationwide. We hope that everyone will get involved and that the event will energize the vets.”

She added that they would also like to hire vets to work at the center, so they can contribute to the nonprofit organization and to each other.

Visit Heaven and Earth Oasis online at http://www.heavenandearthoasis.org to learn more about their services. Valerie can be reached for appointments at 323-656-2267 or  Valerie@HeavenAndEarthOasis.org