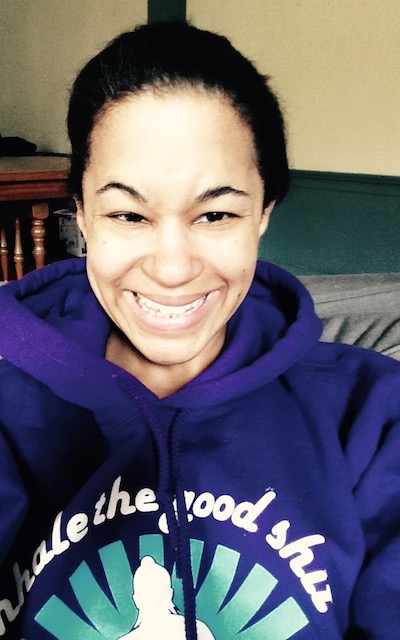 Like a lion hiding in the underbrush before it pounces on its spied prey, the symptoms and severity of lupus and other auotimmune diseases can sneak up you when you are least prepared for it. One day you may be feeling like your old self before the disease took root, super strong, active and as healthy as the next person. The next day you may literally collapse, a rash spreading across your skin, a respiratory infection settles in deep, and your neurological system can go haywire, causing you to sink into a severe relapse of disease.

How long will you be, like me now, be confined to the bed or couch? A couple days, a couple weeks, a couple months or much longer? The uncertainty of autoimmune disease, the limited or misinformed knowledge about its origin and manifestation, and the lack of a cure are important reasons why I do what I can to promote awareness. So today, I PUT ON PURPLE for lupus.

Although millions of people worldwide live with lupus, many do not know much about the disease. Here are five things you should know about the disease:
As with so many other health conditions, awareness and knowledge is power. Let’s show our support and help drive more research to better understand this pervasive autoimmune disease! For now, you can Put On Purple to show your support for those of us with lupus.
*Statistics from the Lupus Foundation of America (LFA)